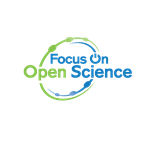 An event organised by:

This chapter is part of a 2-days event organised by the Danish Association of Subject, Research and Educational Libraries. More information could be found here.

The Challenge of Open Science

Science describes the current transition in how research is undertaken, how the outputs are stored and disseminated, how researchers collaborate, how success is measured and how researchers are rewarded for Open approaches. Open Science has the potential to transform the research landscape. What is the role of academic libraries in supporting this transition? Is there indeed a role for libraries at all? What are the current views and agendas in various European countries? How do we differentiate regionally and nationally?

The aim of the Focus on Open Science Workshops

Started in 2015, we aim through these workshops to address the challenges posed by Open Science, using the 8 pillars of Open Science identified by the European Commission in its Open Science Policy Platform.

The mission statement for the workshops is: "Promote the concept of, values and best practices in the Open Science to European communities, with particular reference to libraries."

Why are these Workshops important?

We believe that such Workshops offer a practitioner experience, grounded in the principles of Open Science, and opportunities for networking at the local level. The Workshop format offers both on-the-spot interactions and follow-up opportunities.

Our team is happy to announce a Steering Committee that will help us select the annual topics, the invited speakers and advise on best practices for delivering successful events.

The members of Open Science Workshops Steering Committee are:

- Dr. Ignasi Labastida i Juan, Head of the Research and Innovation Unit of the CRAI at the University of Barcelona

Additionally, our local partners will be able to delegate a member to join our Steering Committee with reference to the respective event that will take place in their country.

The language of the Workshop will be English.

We look forward to seeing you in February, in what promise to be a stimulating event!

This one-day workshop will address the following critical topics:

1. Open Science and the Management of A Cultural Change

2.The drivers of change: FAIR Data and Open Access

(Please re-visit this section! After event, we will include here links for downloads)

Dr Ayris was the President of LIBER (Association of European Research Libraries) 2010-14 and Advisor to the LIBER Board until 2018. He is Co-Chair of the LERU (League of European Research Universities) INFO Community. He chairs the OAI Organizing Committee for the Cern-Unige Workshops on Innovations in Scholarly Communication. He is also the Chair of JISC Collections’ Content Strategy Group. On 1 August 2013, Dr Ayris became Chief Executive of UCL Press. He is a member of the Provost and President’s Senior Management Team in UCL.

He has a Ph.D. in Ecclesiastical History and publishes on English Reformation Studies.

Eva Méndez holds a PhD in Library and Information Sciences (LIS) and is an expert in metadata. She defines herself in her Twitter profile as an ‘open knowledge militant’ (@evamen). She has been a lecturer at Universidad Carlos III de Madrid (UC3M), LIS department since 1997.She has been an active member of several international research teams, advisory boards and communities including: DCMI, OpenAire, Metadata2020, RDA, etc. In 2005-06 she was awarded a Fulbright Research Scholarship at the University of North Carolina at Chapel Hill (USA). She has taken part in and led several research projects and acted as advisor to many more in the fields related with standardization, metadata, semantic web, open data, digital repositories and libraries, in addition to information policies for development in several countries. In 2015 she won the Young Researcher of Excellence award of her University. In November 2017 she was named “Open Data Champion” by SPARC Europe. She is currently Deputy Vice President for Scientific Policy-Open Science at UC3M and member of the EU-OSPP (European Open Science Policy Platform) on behalf of YERUN (Young European Research Universities Network). She is the OSPP chair for the 2nd mandate of the platform.

a viewpoint from OSPP and a research intensive young university

Dr Paolo Budroni is the Head of the E-Infrastructures Liaison Office at Vienna University Library and Archive Services, University of Vienna since 1991.

He holds a PhD in Philosophy, Art History, and Romance Philology and has worked in the field of knowledge management and research information systems for the last 26 years.

In 1988, he completed his education degree in Foreign Trade at the Vienna University of Economics and Business (WU). He also holds a postgraduate degree in European Integration for Public Administration, received at the Austrian Federal European Academy in 1996.

While on sabbatical (2001-2005), Paolo Budroni worked as Strategic Alliances Manager at a German BI Company, further as professor for marketing courses at the graduate level at the Università degli Studi di Perugia (Scienze della Comunicazione), and as Marketing Manager and, later, as Strategic Business Development Manager for a German telecommunications firm.

Paolo Budroni is Austrian National Delegate in the E-Infrastructure Reflection Group, member of board of the Austrian RDA National Node, chair of the General Assembly of E-Infrastructures Austria, member of board of Open Education Austria, registered TAIEX Expert, coordinator of the Austrian Open Science Support Group (AOSSG). He represents the University of Vienna at COAR (Confederation of Open Access Repositories).

His long-term involvement in digital asset management and the provision of aligned services in the scientific community have provided him with a thorough knowledge of technical systems and the requirements of the academic world. Paolo Budroni has led as Managing Director the development of the digital archiving system for RDM of the University of Vienna, which also serves as Institutional Repository of the University (Phaidra, 2007-2016). Today Phaidra is used in 5 European countries and is running at 17 institutions (among them the Austrian National Funding Agency FWF).

Thanks to his engagement, the University of Vienna has acquired the nation-wide project e-Infrastructures Austria (26 partners, all Austrian Universities) and the Project Open Education Austria, further the University has participated in the projects like Europeana, Europeana Libraries, OpenAIRE/OpenAIREplus, TEMPUS in the Western Balkan Region. Currently, he has been appointed as the representative of the Unversity of Vienna at COAR (Confederation of Open Access Repositories). In the H2020 Project LEARN, he focuses on stakeholder engagement, policy development and alignment, impact and advocacy. He also offers his experience in the use of foreign languages in multi-national settings, his ability to plan and organise work programs and his good understanding of linkages between policies and cooperative practices.

On behalf of the Deutsche Gesellschaft für Internationale Zusammenarbeit (GIZ), Paolo Budroni has participated in February 2018 to the Launch of the Ethiopian National data Centre (NADRE) and has further  organized and led the “Training seminar for research data stewardship and e-infrastructures for Ethiopian Stakeholders at Gondar University” in August 2018.

He was involved in the organization of ICRI 2018, Vienna, September 2018. Currently he is involved in the coordination and co-organisation with the European Commission and the Austrian Presidency of the Council of events like the officlal “Launch of the EOSC” (November 23rd - https://eosc-launch.eu/home/) and the Presidency event “EOSC – Austria takes initiative” (2018, October 30th   https://eosc18-ati.univie.a

Towards the European Open Science Cloud (EOSC): reflections on a local basis for domestic Infrastructures

(EOSC) at the University of Vienna. The European Open Science Cloud (EOSC) envisions establishing a European data infrastructure, integrating high-capacity cloud solutions, eventually widening the scope of these services to include the public sector and industry.

But, what does it mean at a domestic level, and how does it fit with the now launched EOSC?

launched EOSC. This presentation offers some reflections for a better understanding of the realization of the EOSC at the present stage.

sustainable collaborative ecosystems, as foreseen by the EOSC. The attention is particularly directed on Data Culture, Research Data Services, Architecture and Funding. So domestic initiatives will link with the huge pan European initiatives, infrastructures and bodies, e.g.. ESFRI, RDA, GO FAIR, EGI, EUDAT, e-IRG, EOSC-Pilot, EOSC-Hub, OpenAIRE as well as expert groups and advisory groups like the High Level Expert Group on the European Open Science Cloud or the Standing Working Group on Open Science and Innovation of the European Research Area and Innovation Committee (ERAC).

A second topic is the governance model. A long-term, sustainable research infrastructure in Europe such as the European Open Science Cloud requires a strong and flexible governance model based on trust and increasing mutuality. As interdisciplinarity is one of the main objectives of the EOSC, the governance model is based on representativity, proportionality, accountability, inclusiveness and transparency.

Further several important EOSC milestones occurred during the Austrian EU presidency in the second half of 2018. One of this is the proclamation of the “Vienna Declaration on the EOSC” at Member State level. The Declaration is composed of 11 statements meant to capture our common understanding on the required governance to make the EOSC a reality by 2020. The Declaration recalls already agreed conclusions (Council Conclusion EOSC, Brussels 29. Mai 2018, 9291/18) and the roadmap on EOSC (Commission Staff Working Document, Implementation Roadmap for the European Open Science Cloud, Brussels, 14.3.2018, SWD(2018) 83 final) to start the process of implementation. The implementation of these processes does not mean that everything is already written in stone. Member States and The Commission will work together towards the implementation of the European Open Science Cloud realizing that EOSC is an ongoing Pan-european Process.

Tiberius Ignat is the Director of Scientific Knowledge Services, a company which specialises in helping the European libraries to embrace new technologies and ways of working. He runs in partnership with UCL Press and LIBER Europe a successful series of workshops - Focus On Open Science, now in its fourth year. He is a long-time individual member of LIBER, member of European Citizen Science Association and Citizen Science Association (US) and a member of the Scientific Committee for OAI11, the CERN - UNIGE Workshop on Innovations in Scholarly Communication.

Tiberius Ignat has a personal interest in Open Science, particularly Citizen Science and the management of this cultural change.

He has a PhD in Library and Information Science from the University of Bucharest.

Citizen Science and Research Libraries: the prospect of a long term relationship

This presentation will highlight important new opportunities for libraries by analysing the roles they could potentially play in citizen science projects. Citizen science is one of the eight pillars of open science identified by the Open Science Policy Platform, a High Level Working Group of the European Commission. Several of these roles will be illustrated by recent case studies. This presentation thus will present a snapshot of what libraries have so far achieved in this sphere and the challenges and opportunities which remain.

Please enter the details in this form as you would like to appear on your badge. We will not be able to correct them.

Therefore, please consider writing the full name of your institution, using the capital letter in names and to avoid abbreviations.

Our General Data Policy is publicly available at: www.knowledge.services/gdp